Find The Best Helmets You Are Looking For

Contents show
1 Why Does It Call A Mirror Visor?
2 How Does It Help In Night Visibility?
2.1 The Road And The Surroundings
2.2 Best For Sensitive Eye-Sight
2.3 Reduce The Glare
3 Disadvantages Of Mirrored Visor
4 Final Thought
4.1 Alex
4.2 Share this post:
4.3 Related Posts:

Today, the vehicle industry and automobile Companies have become pretty robust. The variety in each of their gear offers you the amazing and superb quality features that demand to be lauded.  Generally, a mirrored visor of the helmet is considered best for day time with sunny weather. Also, the style and appearance of a mirrored helmet are pretty unique for which you can surely give it a thumbs up!

A lot of people are using helmets that feature stylish and chic appearance that boost the rider’s appearance as well. Besides, the high-end built-in style of mirrored headgear allows you to enjoy the ultimate head safety all day long.

However, ins-and-outs is one of the things that almost everything has, besides, if you are riding your bike during the night, visibility is the first thing that becomes the main concern. So, today we are going to talk about how mirror visors on motorcycle helmets help with night visibility?

Why Does It Call A Mirror Visor?

To make it simple you can say that a mirror visor of the motorcycle helmet is very much similar to wearing sunglasses, especially at night. These kinds of face shields reflect the light and hence they are known as mirrored visors. You can’t see the eyes of the wearer. Besides, the sleek and finished look of the exterior makes the overall appearance pretty eye-catchy.

How Does It Help In Night Visibility?

First of all, many people have claimed that a mirrored visor drastically reduces vision if worn at night time. Obviously, this is because of the black coloration that prevents the sight to see minute-sized road details.  Besides, wearing a mirrored or tinted visor especially at night time will make your sight zero to see the details.

As you can see the visor is all-dark so it becomes impossible to pass the light through it. Therefore, it is generally recommended to wear it not only during the daytime but also in fully sunny weather with a bright sun above your head.

However, there are still certain types of visors that feature the ability to provide you with maximized road view. For example, if you go for the gold mirrored visor you might not experience the deep dark effect of the visor that often becomes the major hindrance when it comes to night visibility.

The Road And The Surroundings

Certainly, if you have worn the helmet with a tinted, smoked, or the mirrored visor, the vision will become hazy to some extent especially if you talk about nighttime. However, it also depends upon the roads which you are riding on. If you are on a darker side of some street or highways, most likely the visibility becomes lessened. On the other hand a well-lit and luminous road with lights on the sides, and if you are passing through an underpass, the lights will help you to see the way more clearly even with the mirrored visor.

A mirrored visor does have its own avails.  Firstly, you won’t have to experience the flashes of and bright light of other vehicles that have a direct effect on your eyes. Even in night riding, the sudden flashes of light can become one of the main reasons to get you in some road crash. Therefore, a tinted or mirrored visor will save your eyes from the direct exposure of those bright lights. It will deflect the light the same way as a mirror does. Hence, a great degree of light will become null to feature the blazing effect.

No doubt, the visor of the mirrored helmet is liable to minimize the bright glare that makes the motorcycle rider blind for a few minutes. And if the other passenger is riding the vehicle on a high beam, the sudden flashes can make the sight distract and it promotes a serious road crash. So, in such conditions, a mirrored visor will be pretty helpful.

What is the best type of visor for night time bike riding?

If you are riding the motorcycle during the night time but do not want to compromise on the visibility you have to go for the appropriate headgear. If you listen to the experts and pro riders, the clear visor with crystal-clear built in it would prove to very much assist. Also, the transparent face shield will allow you to have a more natural road view by lessening accidents and road crashes.

Beyond doubt, every helmet and visor has its own way to use.  It would not be wise if you use a mirrored visor during night time as it will only decrease your visibility.  On the other hand, if you are using a motorcycle helmet with crystal in the scorching and bright sunlight, chances are there that you don’t like the light effect that makes your road view difficult to experience.  So, to sum up, the above mentioned facts, if you are only a daytime bike rider, you can use the mirrored visor without compromising visibility. 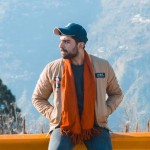 A motorcycle guy who has been helping people online in buying the right gear for themselves ever since I got access to the Internet. I have worked across various automotive sites on the Internet that publishes buying guides and reviews related to helmets and other related stuff.

A motorcycle guy who has been helping people online in buying the right gear for themselves ever since I got access to the Internet. I have worked across various automotive sites on the Internet that publishes buying guides and reviews related to helmets and other related stuff.